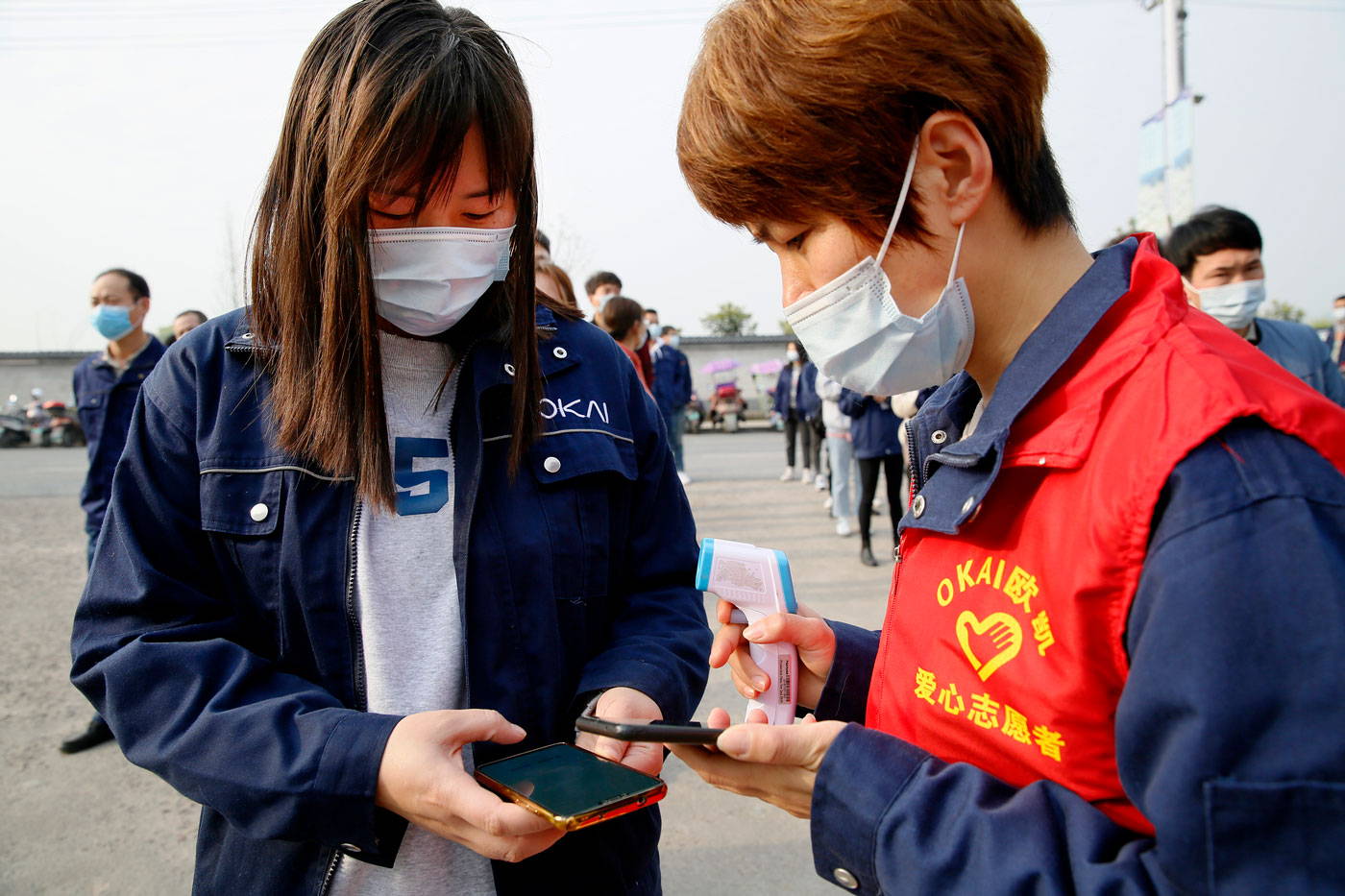 At the beginning of January 2020, COVID-19 was still widely unknown to the rest of the world. The province of Zhejiang, China, just 350 miles east from where the COVID-19 outbreak originated, was a bustling city of 57 million inhabitants that became a ghost town virtually overnight. Zhejiang, also known as the 'the backbone of China' due to being a major driving force in the Chinese economy’ was the worst-hit area after Hubei province.

At Okai we have faced the pandemic since early January at our offices and factory in China and since February for our European headquarters. For a factory like Okai’s and thousands of others operating out of Zhejiang, a complete shutdown of all “non-essential companies, including manufacturing plants” meant that business as usual had come to a screeching halt. The factory was on holiday due to Chinese New Year when the pandemic hit. The factory was scheduled to reopen on the 3rd of February, but because of the exponential spread of the virus the government extended the factory closure until the 17th of February. Danielle C., Regional Director of Asia Pacific & Americas at Okai explains what it was like during the quarantine in China. “People weren’t allowed to leave their houses. If you insisted on going out, the policemen would come over to tell you to go back inside. Some towns are using drones to watch people. If they went outside, the drone would follow them and ask them to return.

China's response shows how bold decision-making can contain the coronavirus. The rest of the non-affected world looked on as the Chinese government imposed what many thought were “aggressive” draconian style measures. The most dramatic, and controversial, of the measures was the lockdown of of tens of millions of people in what is believed to be the largest quasi-quarantine in human history.

Even in the country's most remote regions, the police had to ride on horseback through snowy conditions to reach nomad communities and inform them about the dangers of the virus. Back in the city policemen were dressed head to toe in PPE (personal protective equipment): gowns, gloves, masks and eye shields. According to Danielle, “Train stations and other public spaces had security guards with infrared thermometers to check everyone’s body temperature who passed by. Some policemen were also wearing infrared thermometer eye glasses to check citizens standing in queues.” The effects of this pandemic have not been all negative. From Danielle’s perspective the resiliency of Okai’s employees in the China and in Europe offices have been inspiring. Despite the lockdown, they were not deterred from developing new products and services. Those products, although a secret now, are set to be launched within the next few months. During the months in quarantine Okai has been hard at work optimizing their supply chain, continuing operations out of China and Europe, and launching a new website. As employees were finally admitted back to work on March 15, 2020 they were instructed to remain 6 feet apart from their co-workers to obtain face masks, have their temperatures checked, and scan their WeChat Health Code before entering the building. The “health code” service – run on the ubiquitous platforms Alipay and WeChat and developed for the Chinese government – give users colour-coded designations based on their health status and travel history, and a QR code that can be scanned by authorities. These are all vital steps.

The apps are specific to each city or province, but generally people given a green code are allowed to travel relatively freely. A yellow code indicates that the holder should be in home isolation, and a red code says the user is a confirmed Covid-19 patient and should be in quarantine.

Danielle mentions that Okai has gone to great length to support the health and safety of their employees. She explains that, “Okai has been sending private cars to different cities to pick up employees in order to avoid public transportation.” After the factory reopens, workers are strictly following the rules like keeping 1 meter from each other, masks are always on while working and after 4 hours all employees require a fresh mask. “Luckily”, she remarks, “our capacity is fully recovered now.”

Industries across the globe are taking a major hit from this pandemic. The effects of which will be devastating and unprecedented. Okai’s hope is that micromobility will remain a relevant solution to urban transport and that they will continue to be able to remain in the position to give back. Danielle remarks that this process has been “difficult” but she's ”happy to get back to work”. To help in relief efforts Okai has donated 200,000 RMB to the Red Cross to support the medical system and has also donated masks to their customers overseas.

It remains to be seen the profound impacts that this pandemic will have on industry, the economy, and communities worldwide. Though it is easy to see that one thing has remained very clear: It is a privilege for a company to have the resources and ability to give back to it’s community and support employees through a crisis. This is a testament to Okai’s longevity and ability to create exceptional products. We hope everyone is in the best of health or on the path to a speedy recovery.