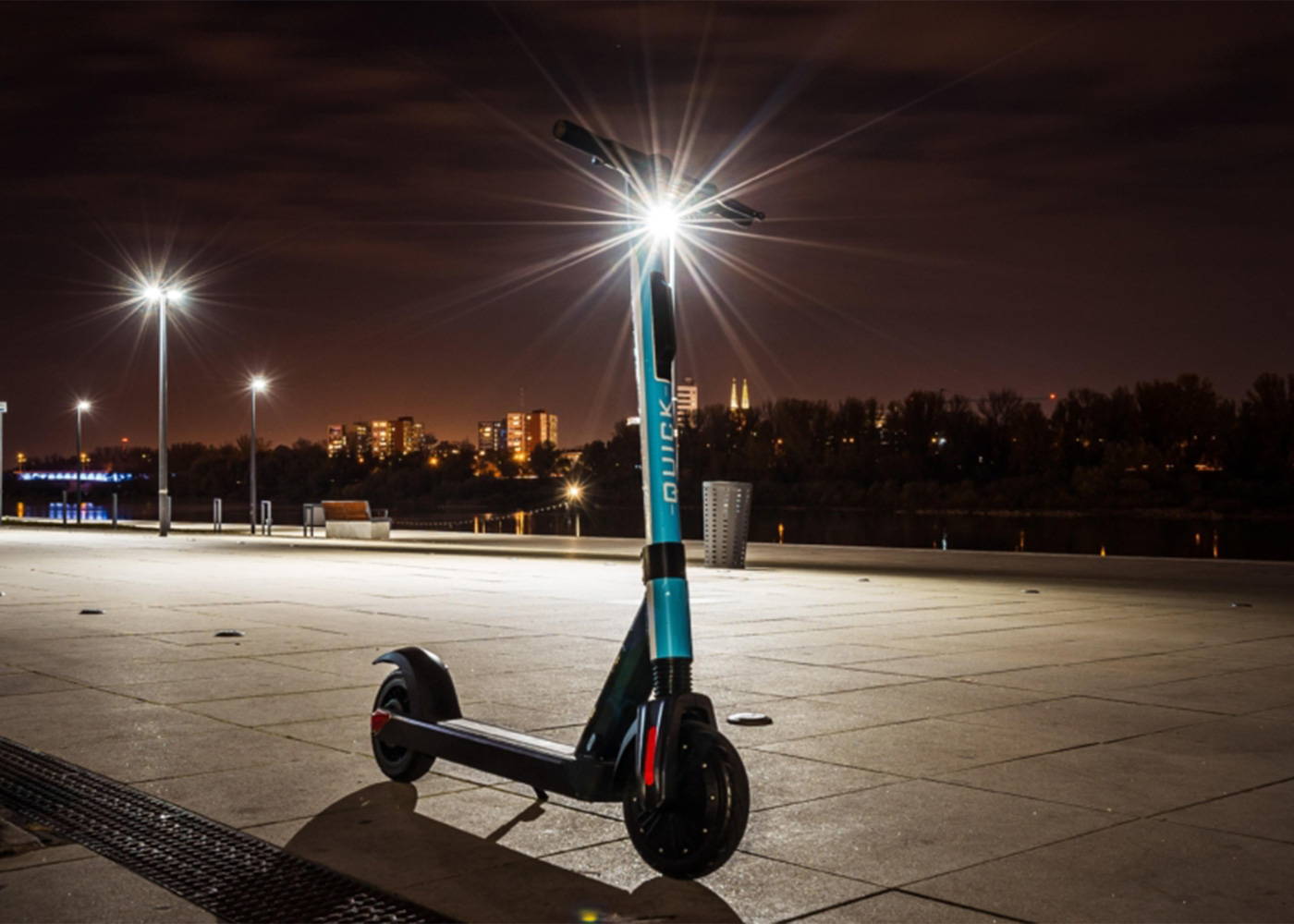 Is electric micromobility the critical link towards more sustainable cities?

Within three years of the first micromobility sharing service launched by Bird in Santa Monica, California, e-scooter sharing services have reached over 600 cities across 53 countries. Since then millions of users have taken advantage of the range of shared micromobility options worldwide. The tremendous speed with which this industry has evolved cannot all be attributed to venture capital dollars spent on marketing efforts but on cities turning their focus towards reducing traffic, noise and pollution worldwide.

To some, this movement comes across as a hyped up way to litter city streets, and to others it is a momentous opportunity to unlocking a more sustainable first- and last-mile. As a matter of physics, it’s a no-brainer that scooters are better for the environment than cars. To elaborate, it takes a lot less energy to transport a 100kg passenger with a 20kg electric scooter than if that same passenger were to use a 2,000kg vehicle. When you replace a car trip with a scooter, that's 17 times less weight and three times more efficiency. Could e-scooters be the critical link to help speed up a transition toward sustainable, people-centric cities that leads to improved quality of life?

A recent study published byNorth Carolina State University (NCSU)measured the environmental impacts of shared dockless electric scooters with the average lifespan of 28 days. The study yielded great results for advocates of shared micro mobility solutions as well as areas for improvement. In terms of positive environmental impacts the study concluded that on a per-mile basis shared scooters produce about half as many grams of greenhouse gas as cars, but more than a full-capacity bus, biking, or walking. Breaking this down into numbers let’s imagine a world where riding scooters is the norm and the average distance traveled per scooter is 16 kilometers a day. According to the Lime app every mile traveled mitigates roughly 350 grams of carbon. Given these numbers we can assume that each scooter equates to a daily reduction of 3,500 grams of carbon. Let’s now imagine a city that is committed to reducing their carbon emissions and has around 10,000 scooters scattered throughout, reducing emissions by 35,000,000 grams, or 35 metric tons daily. If we scale that number up to include the 500 cities worldwide with more than one million people, we are now mitigating 17,500 metric tons of carbon each day.

These numbers are mouthwatering to any environmentalist, if only it were that simple. And maybe one day it will be, but for now we still have to factor in the amount of carbon burned for the electricity to charge those five million scooters. Producing the electricity to charge five million scooters worldwide would emit 370 metric tons or carbon, which equates to less than 2% of CO2 produced by the same number of cars. With that electricity subtracted, the net amount of mitigated carbon equals 17,130 metric tons. What about cars vs. scooters?

As stated by the study conducted by NCSU, the global warming impacts associated with the use of shared e-scooters are dominated by materials, manufacturing, and automotive use for e-scooter collection for charging. However, if we reduce the total amount of mitigated carbon by 20% for people who would have walked and for chargers picking up scooters in their car we are looking at a total amount of 13,700 metric tons of CO2 mitigated just by not driving a car. That is equivalent to a total reduction of 105,000 cars on the roads each day. Put another way, 50 scooters rides produce the same amount of CO2 emissions as a single car trip.

To further increase the reduction of total carbon emissions the majority of dockless scooters on the road would need to have a longer average lifespan than the reported 28 days in most studies. According to the NCSU research the lifetime value of an average scooter was reported to be 0.5 - 2 years. Okai scooters have been operational in a heavy duty sharing environment for more than 18 months (547 days) and are built to last for years.Given this we could assume that Okai’s shared e-scooters decrease the average life cycle emissions to 141 g CO2-eq/passenger-mile from 202 g CO2-eq/passenger-mile according to NCSU research. To reduce emissions even further NCSU states that vehicle efficiency would have to become better, and diversifying charging strategies would need to be implemented. With this in mind the Okai ES400 with swappable battery technology is now fully operational worldwide with TIER Mobility.

Lawrence Leuschner, CEO and Co-founder of TIER Mobility: “Swappable batteries are a real ecological game-changer for the entire e-scooter industry. As the leading European player we are proud to be the first ones to operate with this model. This is a huge step forward in our mission to change mobility for good and becoming fully carbon neutral as a company in the next 12 months.”

The integration of scooters with swappable batteries will reduce collection and distribution distance. Further reducing CO2 output and increasing the efficiency of each scooter. All in all, the spread of micromobility is inevitable. It responds to critical problems confronting our cities, and in some senses it was a long time coming. If electric micromobility solutions are having a positive impact on the environment now, we can almost guarantee that with the advent of technology we will see a massive improvement on the already impressive numbers.