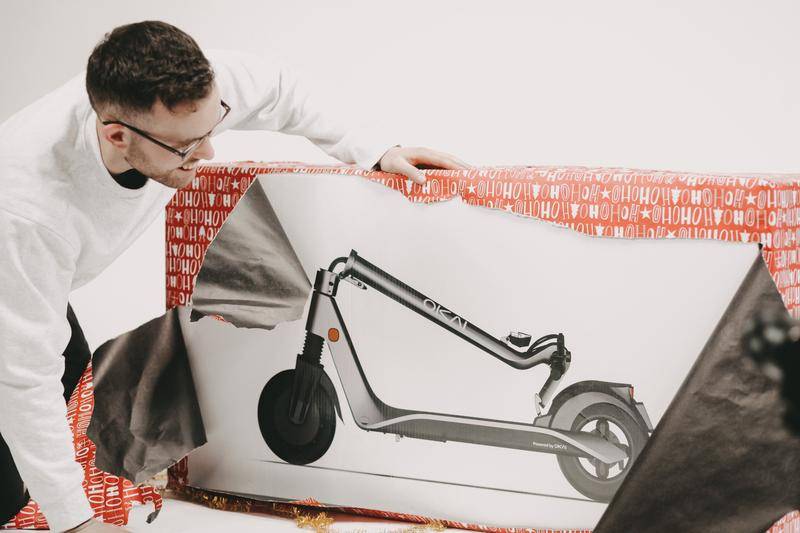 The year 2020 is rapidly coming to an end. Foremost the whole Okai family is wishing you and your family health, happiness, peace, and prosperity this Christmas and in the coming New Year. Secondly, we want to share a couple company updates with you:

🇪🇺 So cobblestones aren’t a dealbreaker after all

Investors are going wild for European scooter startups in 2020. So far this year they have showered European micromobility firms with $687 million, while injecting only $371 million into their American rivals. Many VCs are now betting on Europe because they believe its density and willingness to restrict automobiles make it a better product-market fit for micromobility. While this might sound like bad news for US players, it’s important to remember many of these companies operate globally. For example, California-based Lime claims to be the market leader “by nearly every measure” within Europe.

According to a new piece in Wired, city officials’ contentious first encounters with ride-hailing companies in the early 2010s shaped their response to electric scooters a few years later—even though shared scooters are an entirely different vehicle and business model. “Cities generally have authority over their sidewalks in a way that they don’t over ride-hail vehicles. After the first, and sometimes unannounced, introductions of scooters on streets led to public backlash, many city governments chose a new approach: They slowed everything down.”

💥 How to keep bikes boomin'

Prior “bike booms” in the United States—in the 1890s, the mid-1930s, and the early 1970s—all ultimately faded because they were not backed by a concerted effort by the federal government to lower car use and rebalance street space. In a new proposal, mobility policy wonk David Zipper details how President-elect Joe Biden could capitalize on the recent interest in cycling spurred by COVID-19 to triple the number of commutes made by bicycle by 2024. Specific recommendations from Zipper’s very realistic plan include eliminating tariffs on bike imports, building fewer roads, and requiring states to publish up-to-date maps of their cycling infrastructure.

Car-free neighborhoods have emerged as the latest front in our cities’ culture war. In the UK in particular, the government’s efforts to boost active transportation as a safe alternative to mass transit amid the pandemic have sparked heated controversy. In addition to motorists, who object to ceding road space to cyclists and pedestrians under almost any circumstances, some activists are concerned that low-traffic neighborhoods will only divert congestion and pollution from affluent areas into low-income communities.

California’s Imperial Valley contains perhaps one of the world’s largest deposits of lithium. As the world rapidly transitions to EVs and LEVs powered by lithium-ion batteries, OEMs’ demand for the metal is surging. As such, many in the energy industry believe this sparsely populated, barren part of the state, which they’ve branded “Lithium Valley,” could be key to the global clean mobility revolution. Additionally, America’s leaders see the region’s lithium reserves as strategically important to making the nation into a force in the battery industry on par with China. However, no one is sure yet whether the Imperial Valley’s lithium can be extracted in a commercially viable way.

Words of the month

Freedom from danger, a feeling of security and safety

Someone who is dutiful, respectful, and takes care of their parents in their old age. Okai News - April 2022 News from Okai Many of you are already aware of the tense situation at logistics... Okai News - March 2022 News from Okai From CES in Las Vegas, to Autonomy in Paris, to Micromobility Europe... Autonomy Paris March 2022 6 Years of Autonomy From March 16th-17th we will be exhibiting at the World’s leading mobility...

Okai News - April 2022 News from Okai Many of you are already aware of the tense situation at logistics...

Okai News - March 2022 News from Okai From CES in Las Vegas, to Autonomy in Paris, to Micromobility Europe...